Did anyone ever watch that show on Cartoon Network called Chowder? No, my neither. But I do remember the theme tune… it goes a little something like dunndududndnd CHOWDER!!!! That’s it, that’s all I remember. And everytime I make, read or write about chowder, that’s all I can think of. 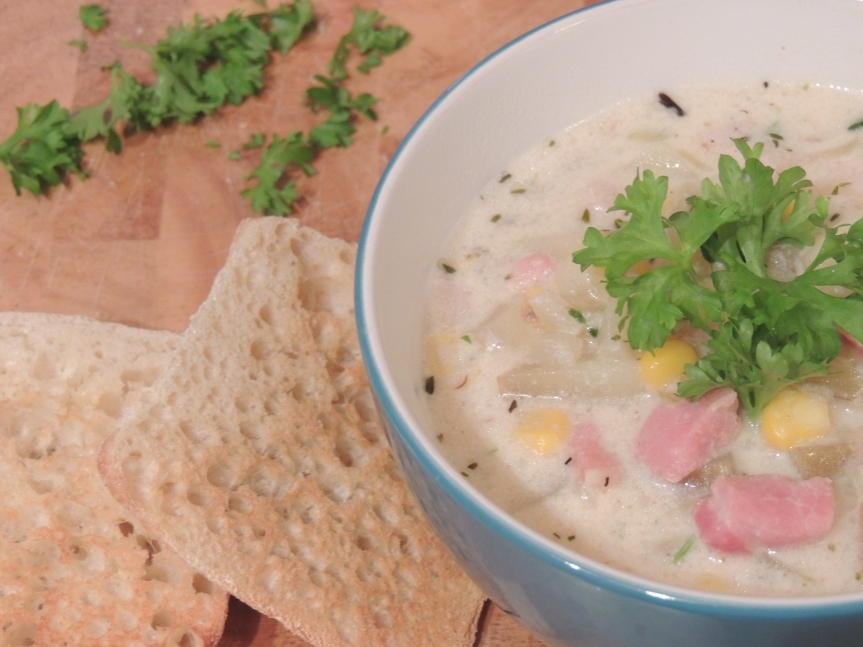 So this dish is sweetcorn chowder……. *hums*. I love sweetcorn. Any dish I can possibly put sweetcorn in, I will. I have back up sweetcorn tins for when I run out of my bag of frozen sweetcorn, because god help this household if I ever want sweetcorn for something and I don’t have any.
I’ve been meaning to make this dish for a long ass time, and I have no idea why I haven’t before now. I think I thought it was more complicated than it was, or always required ingredients I didn’t have? Like potatoes. For some very odd reason I never have potatoes in. Well, I actually had potatoes in when I decided to finally make this, so… 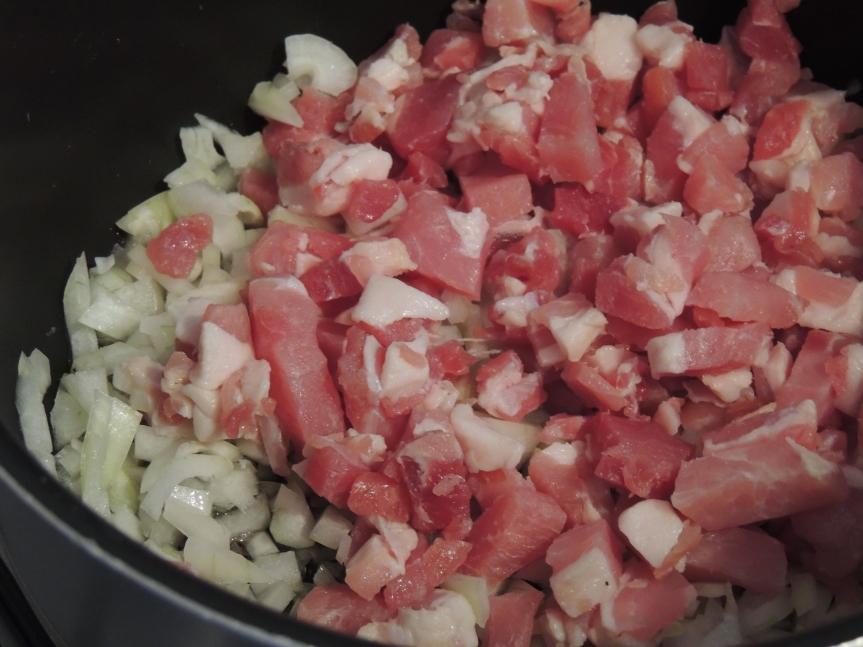 The first time I made this the liquid was JUST milk. And to be honest, that’s a lot of milk. Milk is cheap so it’s not exactly like it’s a huge dip in my bank to make this recipe, but it’s just a loooot of milk. Calories, sugar… And I kind of wanted this to be one of my go to healthy meals. So second time round I did half the liquid and veg stock and half as milk. The taste did vary a tiny bit, but both where equally nice, and I reduced the calories and sugar a fair bit at least.

Oh and the second time round I actually added bacon. But for the sake of this recipe, I’m going to exclude it from the recipe to make it at least vegetarian. I’ll add a note at the end of when to add the bacon if you wish to have it.

Tom seemed to really like this dish actually because he wanted more the next day and day after – which is why I ended up making the second load in the same week. He added white fish to him for added protein, but it could work very well with prawns, clams/mussels, salmon, white beans, chickpeas, chicken…
I kept mine simple and didn’t add anything extra. Cause that’s the way I like my chowder, simple and full of sweetcorn!

Hey, although I’ve been cooking for a fair while now – I mean not super long, but like… 4 years or something, which… really isn’t that long at all when you write it down, but you learn a lot in cooking in 4 years. Hey, remember I said when I first met Tom I couldn’t even cook scrambled eggs? I was totally not joking. I sucked, SO BAD. I was afraid of cooking, I feared the culinary arts. Until I became one with the knife. With the chopping board. With the stove. Become one, young grasshopper, feel the energy… Okay! I HEAR YA, I’LL STOP BEING A FREAK AND GET ON WITH IT. I can’t type like this anymore anyway, I really don’t know what I’m saying. I’ll just get straight to the recipe shall I?

Follow Coral and Tom | The Wandering Foodaholics on WordPress.com

Refreshing Pineapple, Mint and Lime Smoothie – Salute to the end of summer!

The Great British Bake Off: Week one – CAKE!